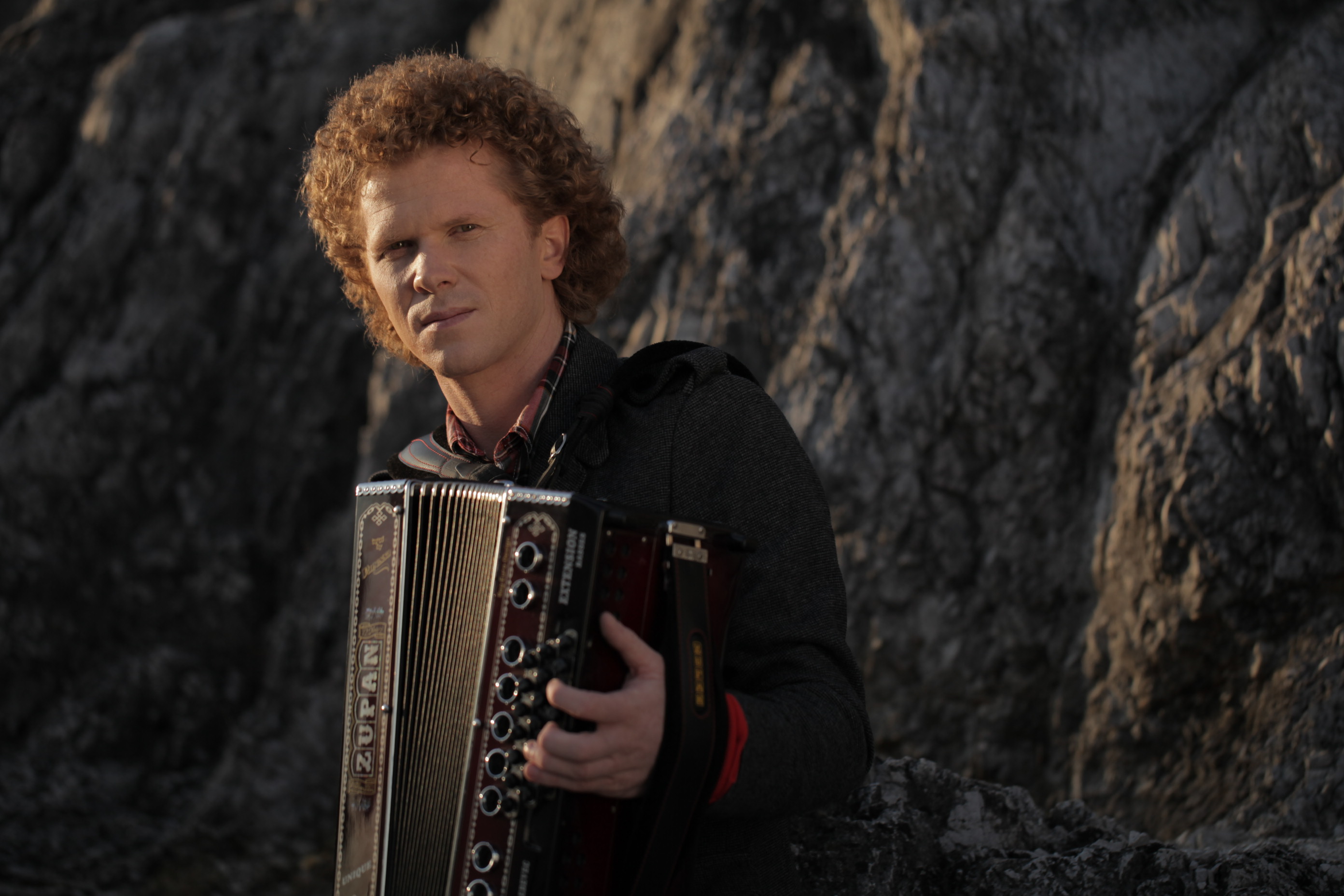 Miha Debevec is a multiple absolute winner of some of the most prestigious world competitions in
playing the diatonic button accordion and the winner of many other important competitions
organised in Slovenia or abroad, i.e. in the Italian Attimis and Savorgnano del Torre and Slovenian
towns of Postojna, Ljubečna, Ratež, Senožeče, Medvode, Logatec etc. For quite some he has been
concentrating on concert performances, working for a number of eminent institutions such as the
Olympic Committee, Slovenian Tourist Board, Slovenian Government Communication Office etc.
Debevec appeared on satellite television channels such as CNN and 3Sat. Before the last two CDs
entitled Spopad harmonik (Eng.: Clash of the Accordions) and Izrazi harmonik (Eng.: Musical
Expressions with Accordions) he released three solo projects, i.e. a tape called Prvak harmonikar –
Miha Debevec (Eng.: Champion Accordionist) in 1994, and two CDs, of which one, entitled Mladi
virtuozi – Miha Debevec (Eng.: Young virtuosos), was released in 1998, and the other, by the name of
Diatonična harmonija (Diatonic Harmony), in 2005. Lately, the most important performances have
included the Manhattan concert in New York as well as performances at the European Commission in
Brussels, the International Tourism Trade Fair in Berlin and the Europe Day in Stockholm. His
Libertango video spot topped the TV Slovenia Domestic Spot of the Week chart several times. In
2007, Debevec held guest performances in Miami, Florida, and also in Dallas, Texas, where he
appeared as a special guest at the largest USA accordion player convention.
The performer maintains his distinct musical expression by employing sensual interpretation and
virtuoso-like handling of his instrument. He stands out by not limiting his opus to simple popular or
traditional folk music, which is otherwise typical of musicians playing the diatonic button accordion,
but rather fusing the music played on this instrument with other, more demanding genres. In recent
years, he has been especially engaged with the Clash of the Accordions duo, performing with a
master of the classical accordion, Dejan Kušer. Having combined the classical and diatonic button
accordion, their musical expression has become virtually limitless. Their opus includes arrangements
of different songs ranging from classical music to popular and traditional ethno pieces from different
corners of the world such as Slovenia, France, Russia, Serbia, Argentina, Spain and other countries.
Miha Debevec and Dejan Kušer draw surprising and different possibilities of expression from the
accordion, which is an important contribution to both originality and the Slovenian music culture in
general. Together, they appeared in such different places as the Manhattan in New York, USA, or the
state of Jordan, and also performed at some of the most prestigious events in Slovenia and the
region. The duo also appeared at festivals such as Rock Otočec, Tango festival Idrija, Kunigunda
Festival, Jazzagorje Festival, Poletna noč (Summer Night Festival) and Noči v Stari Ljubljani (Nights in
the Ljubljana Old Town), and in a number of Slovenian television shows including TLP, Piramida, As ti
tud not padu?!, Spet doma, Ugani, kdo pride na večerjo, Na zdravje, Zadetek v petek, Zaigraj še
enkrat, sam, Polnočni klub, Tranzistor, Enajsta šola, Jasno in glasno, Dobro jutro etc. Just after the
Clash of the Accordions CD was released, the duo appeared at the cover of the Pilot magazine, the
most popular print edition in Slovenia, and was listed at the Slo Tops 30 chart of best-selling CDs.
Their interpretation of Brahms’ Hungarian Dance No. 5 was filmed and the video spot frequently
shown by all major TV stations in the country. At the end of 2008, they performed at the Cleveland
Polka Extravaganza Festival Weekend, which is generally speaking the largest expat event, and in
2010 they appeared in South Africa at Slovenian promotion events held in the framework of the
World Football Championship. For the same purpose, they were engaged in the Slovenian
promotional activities at the Basketball World Championship in Istanbul, Turkey. In 2011, the
musicians released the Izrazi harmonik CD (Eng.: Musical Expressions with Accordions), and a sheet
music collection for Spopad harmonik (Eng.: Clash of the Accordions). The most memorable
appearances also include the Murat and Jose concert, which was filmed by MTV Adria, and gigs with
many Slovenian musicians, including Gal and Severa Gjurin, Andrej Šifrer, Gašper Konec, Matevž
Šalehar – Hamo, Sašo Avsenik, Tomaž Domicelj, Milko Lazar and Bojan Gorišek, Neisha, Ethnodelija,
Judith Roessler, Peter Direnbek, Lojze Kranjčan, Darja Švajger and many others.
Recently, Miha appeared in a successful music theatre performance entitled Slovenska muska od A
do Ž (Eng.: Slovenian Music from A to Z) authored by Lado Bizovičar and produced by the Špas
Theatre, with almost 250 shows repeated.

This message is only visible to admins.